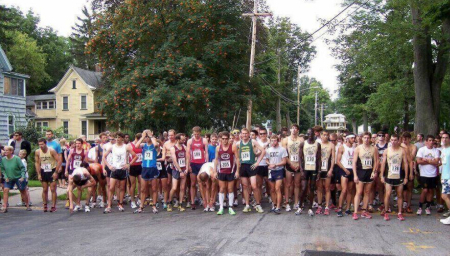 The Greater Rochester Track Club (GRTC) traces its origins back to July 1, 1958 when the old Rochester Track Club (RTC) was founded.  Peter Todd, current cross country and track coach at the Rochester Institute of Technology was elected as the President and served as such until 1976.  Along with Todd, the original members of the RTC were Herb Wabnitz, Gary Thompson, Jerry Fuhrman and Ed Duncan.  The club chose red and white as their official colors because four of the five founding members were students at Cortland State, whose colors – yep, you guessed it – just happened to be red and white.  That first summer, the RTC team won just one team trophy and ended the year with seventeen members

Ed Duncan, a nineteen-year-old college sophomore was 10th in the 1961 Boston Marathon, and along with Jack Coons, Dick Ashley and Don Brown put the club on the map. In 1966, Track & Field News voted the RTC one of the top five distance teams in the country.

Trent Jackson, another early RTC member, represented the U.S. in the 1960 Olympics, pulling up lame in the semi-finals of the 100M dash. Gold medalist (Bullet) Bob Hayes was the only runner to beat Trent at the U.S. Olympic Trials in Eugene, Oregon that year. In fact, Trent Jackson still holds the national high school record for 100-yard dash at 9.4 seconds. In 1971 Trent became the inaugural inductee into the RTC Hall of Fame.

The early Rochester Track Club was a distance-oriented team. At this time, the Tuesday evening summer track meets were the core of the club’s activities. These meets served as qualifiers for the East Avenue Mile. 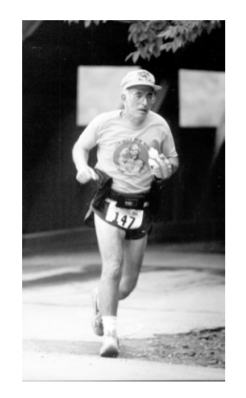 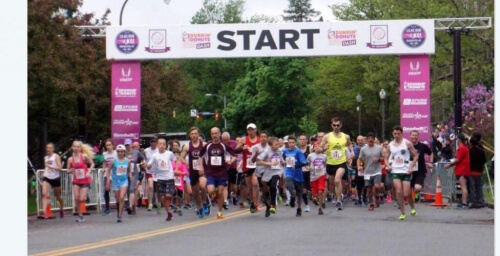 In 1976, the RTC merged with both the Rochester Road Runners and Brockport’s College City Striders Club to become the Greater Rochester Track Club. Bill Quinlisk, now the president of the Genesee Valley Harriers, became the president of the new club and guided its growth until 1979 when he handed the reins over to one of the first women presidents of a major running club, Uta Allers. The innovative Ms. Allers served until 1981 when top masters runner Dick Withrow became the club’s third president. The GRTC saw a dramatic increase in membership to nearly 2000 by 1983. Along with the running boom came the amazing increase in numbers, size and quality of local races.

From that one team trophy won by the RTC in 1958, the GRTC has grown to a total of winning over 20 national championships and over 200 team championships in both regional and state-level competition. Over the years more than 10,000 different athletes have competed for the Greater Rochester Track Club.

Join GRTC or review your membership